“If you’d had asked me 5-years ago if I’d show up here every night and wrestle sweaty dudes, I’d had laughed at you.”

I laughed. Slapped and fist bumped his hand. Then thanked him for the rolls.

A roll is where you wrestle an opponent for a set period of time trying to submit them they try the same on you. You indicate submission by tapping the ground or your opponent.

Walking to the car I felt sick. I thought I was fit. I was training 4-6 times per week, running and weightlifting. But in the space of 5-minutes, Bill had tapped me out 6, 7 times. From chokes to shoulder locks, wrist locks to arm bars. If we were in the wild, I was dead.

I sat in the car wondering who I was. Had my whole time training in the gym been for nothing?

That was my second Brazilian Jiu Jitsu (BJJ) session. I’ve done a few hundred since.

My face has 6 scratches on it, my hip flexor is creaky and my chin has an egg growing out of it. All temporary but I’m proud of them. They’re from last weekend’s BJJ competition.

I’m used to it now. Small injuries and being sore are part of the game.

The Buddhists figured this out 2500 years ago. Life is suffering. And if you don’t seek it voluntary, it will show up involuntarily.

Dave, one of my training partners, messaged me last night. He said someone he trained with spent too long talking instead of working.

After doing it for a year, Bills words make more and more sense. Wrestling, practicing techniques, training hard, it all becomes a meditation. A way to block out the rest of the world.

It’s hard to worry about the thing someone said to you at work when your training partner is trying to choke you out.

Deep down every man loves fighting. Even if they don’t admit it. It’s primal. It’s what we do as kids. Leave a group of kids together on their own for long enough and eventually they start wrestling.

I didn’t know how to lose.

There’s a saying in BJJ and other martial arts, win or learn. Meaning you win your fight or you learn how to be better.

It’s a good saying. But the truth is, if you don’t win, you lose.

Every time I think I’ve made progress in my training, I’ll be reminded how much I’ve got to learn. I’ll go against someone, they’ll defend my attacks, then they’ll take control, the next thing I know my elbow is bending in a way it shouldn’t and I’ll tap out.

I lost. But next time I know where not to put my arm. It usually takes a few dozen next times for the lesson to sink in.

BJJ teaches you how to lose. Of course, losing is never the goal but eventually, it’s going to happen.

It happens out of the gym too.

You’ll have an off day, the thing you were working on won’t work out, someone better than you will show up, you won’t hit your sales targets for the quarter. Whatever it is, not everything will go your way.

Good. Every loss is an opportunity to learn.

The professional stays calm under pressure

A year in, I know why I was feeling sick after my second session. Apart from being dominated by Bill, I was trying too hard.

I knew no techniques so I was relying on pure strength. I was trying to muscle my way out of every grip and hold. I let the adrenaline of being in a fight fuel my attempts to escape.

I ended up getting in my own way.

The experienced painter paints the same picture as the same amateur with less paint strokes.

The professional writer gets the message across with less words than the beginner.

The experienced BJJ practitioner stays calm under pressure, flows with their partner, waits, then uses their energy against them.

Dave is 20kg heavier than me. When he lies on top of me, I can move and squirm all I want but there’s no chance I’m getting him off me. Instead I wait. I wait til he makes a move, shifts his weight. Then I use the momentum to make mine.

Instead of wasting energy making constant moves, make one, see what happens, stay patient. If it works, do a few more.

Confidence comes with being able to defend yourself

I went to workout class at a non-martial arts gym to mix things up. It ended up being one of the ones where you partner with someone and go through a series of different drills.

We practiced getting up and off the ground whilst our partner tried to lunge towards us. The objective was to not let them touch your head.

In BJJ, this is similar to a technical stand. You keep one leg and arm out stretched to block your opponent and get up with the rest of your body all in one motion.

Since we’d practiced this hundreds of times at BJJ training, I was pretty good at it.

Even though I could do the drill, there was a confidence in knowing even if my partner made it through my leg and arm defence, I’d have an idea of what to do next.

In the past, I thought having muscles which looked good led to confidence. So I spent my time in the gym chasing aesthetics. Now I realise, muscles which can be used for self-defence are far more potent.

A lot can change in a year

I sent my brother Josh a message whilst I was overseas.

“When I get back, let’s get into a martial art.”

He replied with a photo of a Brazilian Jiu Jitsu gym opening down the road the day I came back. We went to the first ever session along with our Dad and my arch nemesis Dave.

We met coach Robbie, and realised how we’d lucked out. One of the best Brazilian Jiu Jitsu practitioners in Australia had decided to open a gym 3-minutes from our home.

Six weeks later we were in our first competition. I kept telling myself, it’s just another roll, which it is but there’s something about the competition environment which changes things.

You’re standing across the mat from someone who’s trying to hurt you and you’re trying to hurt them. When your hands touch and the referee yells ‘o combate!’ (Portuguese for fight), your body realises it’s not actually life or death, beautiful chaos erupts, your adrenaline dumps and all the techniques you’ve been practicing the past few weeks go out the window.

At the end of the competition, I remember seeing the people on the podium and thinking, “Wow, that’d be hard to do.”

A lot can change in a year.

The calmness. After competing a few times, I’m getting better at reminding myself, it’s just another roll.

Between Dave, Josh and I, we challenge each other to train at competition standard as often as possible. Preparation is the best way to generate luck.

The medals are nice and the idea of being a blue belt one day is nice too. But it’s not what I’m after.

Competitions are only a small apex, the funnest part is getting ready, the individual training sessions, the hundreds of rolls.

I’m currently a white belt with 2 stripes. Half of me doesn’t want to move off white belt. I want to keep it as a reminder. A reminder to keep the white belt mentality. To come in and continually look at things as a beginner.

Because that’s where the value is.

Every time I think I know it all, I’m quickly shown otherwise.

Every time I go in looking at things a fresh and being open to ways to improve, I do.

That’s enough for now, Dave’s in need of an ass kicking. 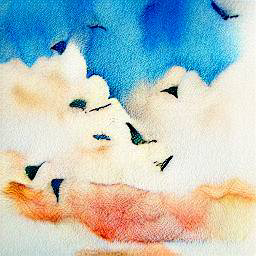 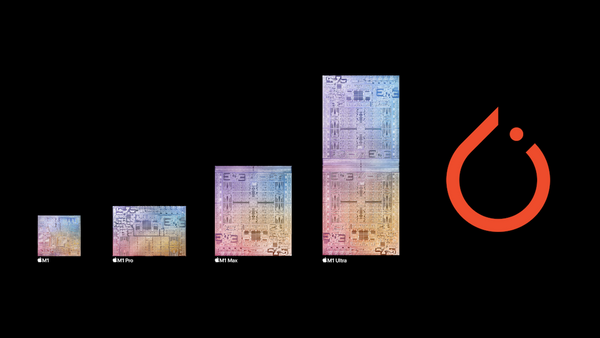